Posted on Saturday 14th April 2018 Following the recent sawing we have been sorting through the logs. The large hollow butt we spoke of last year we had quarter sawn as there was a large cavity to one side. This meant we could still salvage material from both sides even if the widths were greatly reduced. The colour and figure made it worth all the effort. There are numerous possibilities for for this log, anything from gun and rifle stocks, guitar sets, electric facings with a huge amount of very pretty small pieces which will go out to turners I dare say. I've included some snap shots I took whilst sorting and redticking
I have added some extra pictures to try how show how diverse the material is, it has everything from straight marbled grain, rippled quilted areas in what was the plate flares with some nice burry areas in one of the quarters. In the main with the exception of a few cover boards and slabs the log is sawn at 80mm. 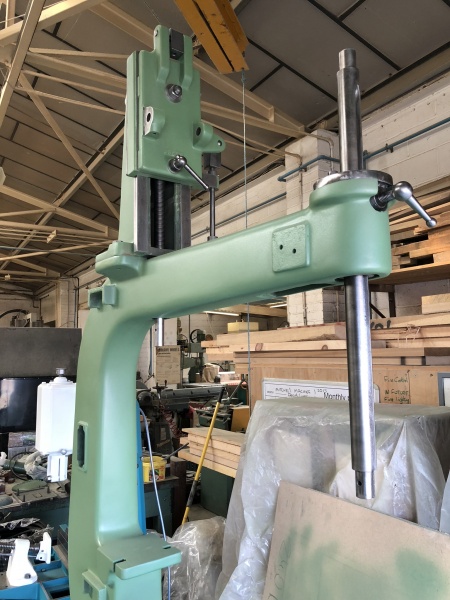 Recently I have had a number of requests from old clients to do some resawing work for them which I have had to decline as we are in the process of putting in a new saw which is currently being rebuilt for us. I thought I would share some images of the work they are doing. For the machine buffs, it is a Wadkin Dr36 denoting 36” wheels standing at eight half feet tall and weighing in at over a ton. This will give us a far greater depth of cut. Often in the past we have had to break down larger boards to under 14” to get them through, this is not always the best choice with some material. It should be rebuilt by the summer by which time I hope to have rebuilt the workshop. 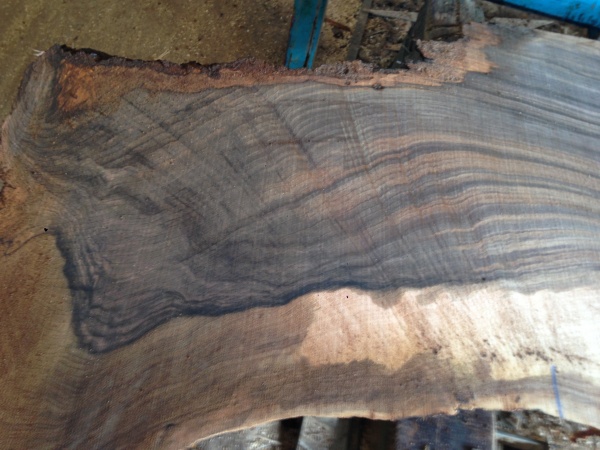 The pictures say it all really

Posted on Sunday 11th February 2018 It has been some time since posting any news as we have been busy with other projects away from the workshop however, we have of late had a lot of leads resulting from the stormy weather leading to a number of large old veteran logs falling. This is never a ideal means of obtaining timber but often whilst the return in the sense of volume can be low the quality of the timber itself can make up for the work entailed when we can hopefully target the sales to markets requiring the finest of pieces. This can be anything from high end guitars to knife makers wanting unique beautiful tight flowery figure. Hopefully a log we are due to visit this week will yield such pieces after some considerable work. The colour looks promising, the yield may be very limited however but it at least makes some use of what would have been a magnificent 150/200 year old log

The joy of dealing with English Walnut 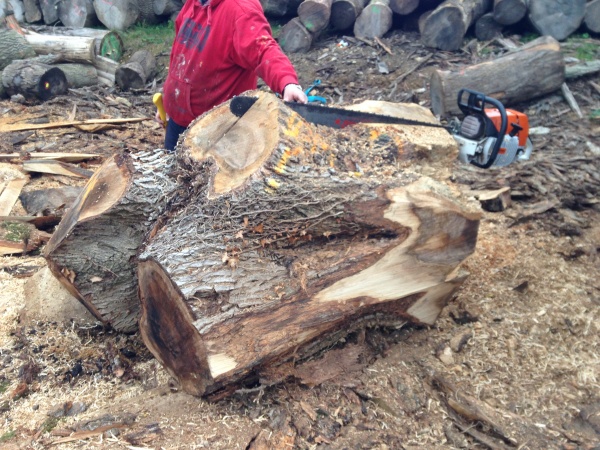 There are highs and lows when cutting Walnut and despite doing my best to ensure we only spend time on promising logs sometimes it can be a gamble as without the benefits of X-ray vision you can never know fully what you will get. This was one such log, very limited length, bits of rot, multiple limbs, it had all of these issues and of course which ever way it went, the yield was always going to be small. But at inspection I could see some nice black line and the colour was down into the bottom of the root. There was a machine on site to drop it on board so I took a chance on it. What I couldn't see of course was the lump of concrete, bits of brick and cement inside, embedded within many years ago. After a few hours work we managed to cut out all the muck and grit and hopefully we won't find any further issues when we put it on the saw. Luckily my hunch on it containing some very nice timber was right and later in its life it will be cut into guitar billets and for other projects requiring pretty small sections. 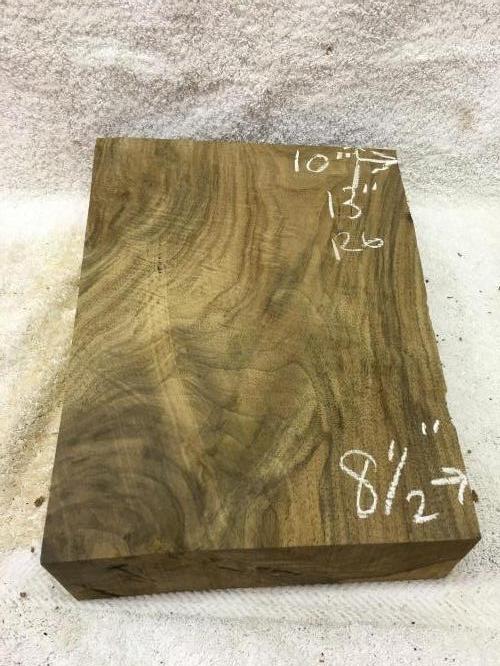 When dealing with walnut roots, which we do rarely these days only only then with very promising pieces after many hours of working on average material thinking that every root contains stunning material as its a root, they dont, I say that having cut a lot of them. Only the very best of them containing minimal shake, expectional colour and stripe are worth the trouble and effort of sawing, these are very rare. We deal with them by trimming back the last ft or so closest to the ground subject to the log to lessen the risk of damaging a very large expensive saw, these short pieces are then taken back to our yard where we then break them up into blockis firstly with a chainsaw then on to a bandsaw, the effort is sometimes repaid with stunning pieces such as this.rnrnThis item is fresh sawn so please treat as such, if you are unsure about how to do this a little research ahead of time would be my best advice.rnrnI